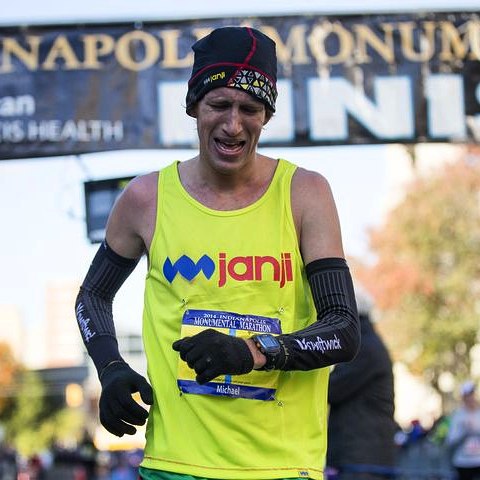 Three athletes with Kentucky ties will compete at the Olympic Marathon Trials in Los Angeles on Feb. 13. Each have qualified for the trials before but have distinctly different stories.

Bobby Curtis, Michael Eaton and Allison (Grace) Morgan each took the time to answer some questions for me ahead of the trials and I’m excited to share their stories.

Michael Eaton ran for the University of Louisville after growing up in Bowling Green, Ky., where he ran for Greenwood High School.

After college, Eaton decided to continue training with UofL coach Ron Mann — who was also still coaching Wesley Korir, a UofL alumni and 2012 Boston Marathon winner. His wife, Jessica, is completing medical school at the University of Louisville.

“Coach Mann’s system always worked well for me in college when I was healthy, so it made sense to stick with it after graduation,” Eaton said. “I had seen the great times Wesley Korir was running under Coach Mann’s marathon training and figured I’d follow in the same path and see where it takes me.”

Eaton said the long-term relationship has paid off. “I understand his system so well now that we collaborate much more than we did in college,” he said. “I often workout a general outline of the season and he gives me feedback and advice on certain elements that need to be fine-tuned.”

This will be Eaton’s second Olympic Trials marathon, having run the 2012 edition in Houston. He graduated and trained in Flagstaff, Az., for five months. In September 2011, he hit the Olympic Trials qualifier in the half-marathon at Rock ‘n’ Roll Philadelphia in 1:04:37. He returned to Flagstaff until December, and then returned home to Bowling Green for the holidays until the trials in January.

“The trials in 2012 was an incredible experience,” Eaton said. “The race was my first full marathon and I wasn’t really sure what I was getting into.”

He recalls going out at 2:12 pace and blowing up over the second half of the race. “I still finished in 2:20:52, so I was pretty happy with that for a first timer at the distance.”

And, he said, it solidified his plan to stick to longer distances. Based on his 10k PR in college, Eaton said he knew he didn’t have the “wheels” — the top-end speed — to compete at the national level on the track.

“I figured early on that half and full marathons would be the way to go if I ever wanted to have a shot at making a world championship or Olympic team,” he said.

He was right. In 2012 he ran on the U.S. team for the IAAF World Half-Marathon Championships in Bulgaria.

Following the 2012 trials, Eaton struggled at the full marathon distance for a couple of years.

“After a great experience at the 2012 trials my next two marathons were horrible,” he said. “Boston in 2013 was tough, I ran a great first half and then hit the wall hard around the Newton Hills finishing in 2:36.”*

Later that year, Eaton found himself struggling in the later miles again at Twin Cities, dropping out around mile 17.

“We reexamined my race nutrition at that point and incorporated some longer tempos with mid-run surges to prepare for those later miles in the race and that seems to have been the key to my more recent success at Monumental and Grandma’s.”

In November 2014, Eaton won the Monumental Marathon in Indianapolis, finishing in 2:19:45 — outside of the full-marathon qualifying time for the trials. In May, he qualified for the 2016 trials with his 1:05:00 half-marathon finish at the Derby Festival miniMarathon.

But, Olympic Trials have two qualifying times: A-standards and B-standards. You can race the trials with a B-standard and even place high enough to make the team, but the International Olympic Committee will only let athletes with the A-standard compete.

So Eaton toed the line in June 2015 at Grandma’s Marathon in Minnesota, shooting for the A-standard of 2:15. A complete downpour to start the race dampened — literally — many spirits but Eaton said he’s always loved racing in the rain. After the first couple of miles were well off the goal pace, Eaton had to decide if he wanted to stay with the pack he was in, or if he should set out on his own and hope to catch a faster group ahead.

He made a bit of a push just past the 2-mile marker, running strong and getting back on pace until mile 17. Despite struggling through the last miles, Eaton held on to earn the B-standard at the full marathon distance — finishing in 2:18:00 — beating his time at Indy by almost 2 minutes.

“Staying relaxed early in the race is an important lesson for me to remember,” Eaton said. “I was a go-out-hard with the leaders guy in high school and for some of college — the marathon has taught me that its often not the guys leading the first mile that end up winning the in marathon.”

Training for the trials has gone well, Eaton said, including time spent at altitude at Camp Verde in Arizona, near Flagstaff. He has returned there to train several times since college, reaping the benefits of both the altitude — 3,000 feet above sea level — and endless soft training surfaces. Eaton suffered three stress fractures in college and has found the softer surfaces help him put in higher miles with less risk of injury.

“I can also completely focus on training without the distractions of every day life,” he said. “Of course, I miss home after a while, but for about a month at a time I can handle being away and getting in some really good training.”

After eight years of living in Louisville, Eaton’s home base will likely move when his wife heads into residency for medical school. “Our friends and family are in Kentucky, and that’s my favorite thing about living in Louisville,” he said. The parks system, including Cherokee and Iroquois, plus Jefferson Memorial Forest and the new Parklands network, is great for training, he said. And the city is a nice mix of being big enough to have tons of options for dining and things to do, but not so big he feels trapped. “I like the fact that I can drive 15 minutes and be out of town and in the country — I need wide open spaces to escape to from time to time.”

The trials also give Eaton a chance to say thank you to the businesses that have supported him, including Swag’s Sport Shoes in Louisville. Eaton has worked there for about four years, and owner Swag Hartel — who placed second in the 1970 British Championships in the 1500-meter run — has supported Eaton’s racing and even helped with travel expenses.

Eaton said he’s also proud to be a member of the Janji Corps Elite team, a running apparel company that donates part of proceeds to nonprofits that help provide clean drinking water across the glove. “My warm-up pullover, for example, provides drinking water for one year for someone in Kenya through a partnership with water.org,” he said. “I love supporting a company that gives back.”

Other sponsors include Swiftwick socks, which Eaton said have alleviated blistering issues he had in college, and Primal Sports Mud, a local product that provides relief of sore muscles using a natural, mineral-based product.

While at Camp Verde, Eaton said he’s “had some really nice marathon-focused training over the past few weeks that show real progress,” including a 24×400-meter workout with 1 minute rest and a 3×3-mile tempo run averaging 5:10-5:05 pace.

Some plantar fasciitis issues have forced Eaton to keep his training volume lower than he would like it to be, but overall, Eaton is encouraged by his training.

At the trials, Eaton plans to run as even splits as possible.

“I’m a rhythm runner and find that maintaining a solid pace throughout is better for me than trying to race with surges,” he said. “I gain energy by catching people who go out too hard — which there will be plenty of at the trials, I’m sure.”

* Raise your hand if you’ve had the exact same experience at Boston … especially in your first one!