Thank God It’s Recovery Week! The first four weeks of training flew by and were mostly successful. Even though the weeks hadn’t been very high mileage or very intense, it has been a shift to fewer longer runs instead of 6 or 7 days of shorter runs. Honestly, the mental challenge of fitting those longer runs into my schedule may be the hardest part.

After a great long run last week, and my highest-mileage week since early April, I was looking forward to a down week this week. Just 42 miles but three off days — which does, obviously, mean 42 miles in four days. It was a solid week, and I got in crosstraining/strength sessions on the off days.

Monday was Pilates mat class, Tuesday was Power Yoga and Thursday was Pilates Strength. Perfect crosstraining week. Wanted to hit Pilates on Saturday but ended up going to Frankfort. 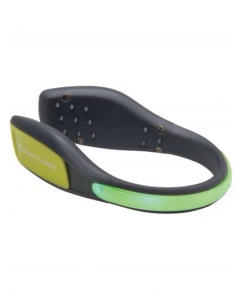 Run-wise, I managed to pull off a 12 mile run at 5 a.m. on Wednesday. Not my favorite. Pretty dark. I did recently add Nathan’s LightSpur to my safety arsenal and I’m thrilled with it. Still looking for the mythical “perfect” flashlight/headlamp option.

Friday was alright, I had planned to run that morning but didn’t make it. So I went in the afternoon, temps in the mid-80s, so opted for trails where I could stay in the shade. I went to EP Tom Sawyer Park, but knew there was a huge cross-country meet happening so I parked in Anchorage near where we had our wedding. Did a mile loop over there, appreciated the recently-renovated bathroom at the fire station, and hit the Anchorage Trail to get to Sawyer. Swung through the meet — hundreds of people, if not thousands, tents all over, a hot dog cart, the works. But within a couple of minutes I was back in the woods and it was serenely quiet. The juxtaposition was jarring.

While back on the trail, I saw a man on a unicycle. Now, I’ve seen many strange things while running over the years. Including people on unicycles. But this guy was on a mountain bike version, riding over rocks and roots, and wearing a FuelBelt.

Question 1: Seriously, you can pull one of those bottles out and drink from it while you’re riding? Show me.

Question 2: How freaking far are you going to ride that unicycle that you need water?

Saturday’s run was an easy recovery jog. The first mile felt terrible but it came around after that. Then I rode to Frankfort with my grandma, aunt and uncle to find the geocache hidden in honor of my grandfather. It was a beautiful day.

Long run … nothing too noteable, other than I actually had company for almost the whole thing. Started with a friend, picked up another friend along the way (we call that a magic school bus run), dropped them both off at 12.5 miles and finished up on my own. Not as good as last week’s but that’s not much of a surprise.

In sum, 42 miles plus 2:45 of crosstraining. Massage on Tuesday. Bit of a tough week with 10 with 5x1k on Wednesday followed by 12 on Thursday AND 15 with 12 at marathon pace Sunday. Yikes.