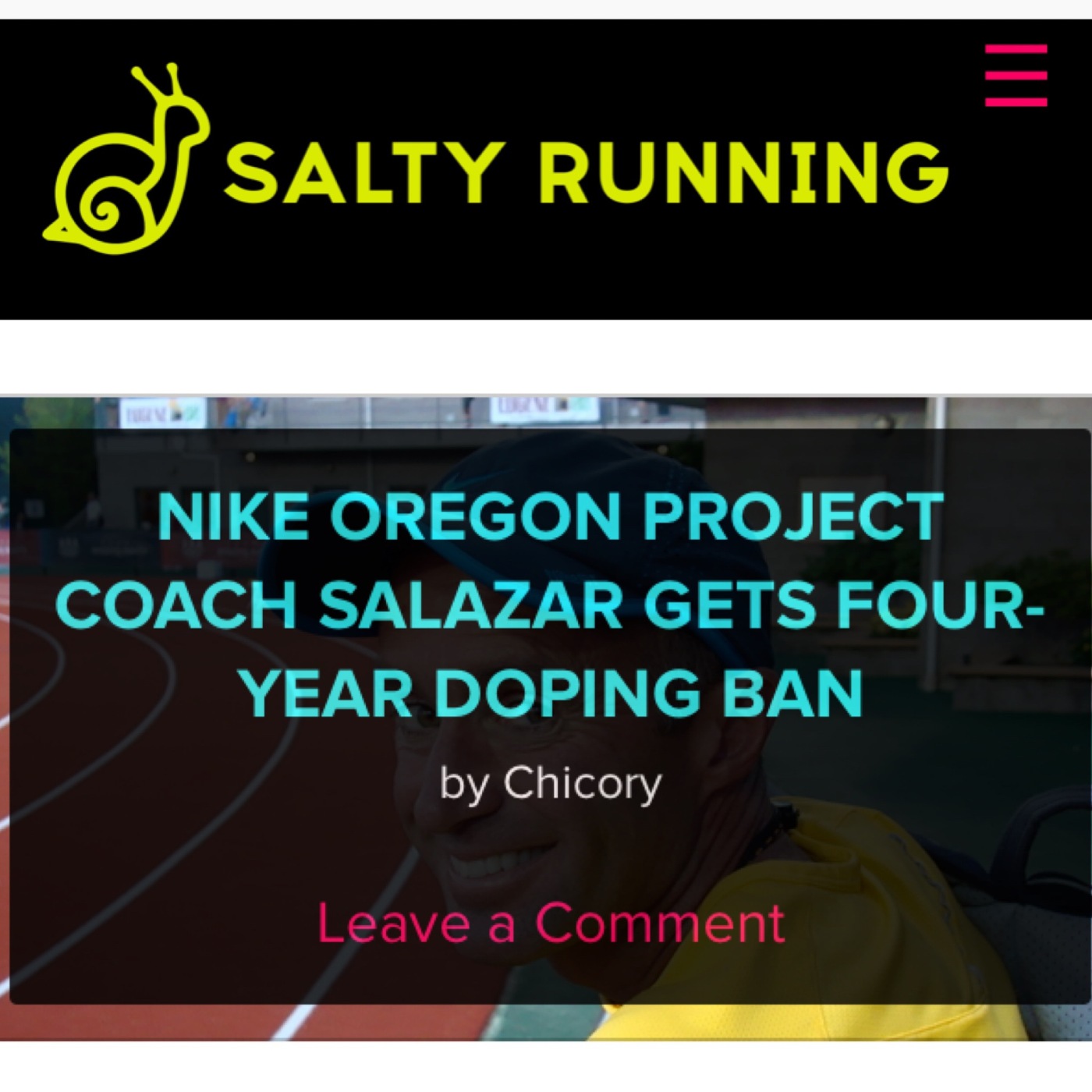 So you woke up Tuesday morning, logged on to social media and thought, “What is an Al Sal?” Dear reader, an Al Sal is a mythical beast, much like a Chiron, that is known for having superlative abilities to train running demigods but—allegedly—way, way, way less noble. Nike Oregon Project coach Alberto Salazar has been part of running lore for decades and on Monday night, the U.S. Anti-Doping Agency semi-surprised us all by announcing a four-year ban on Salazar.

Why a semi-surprise? Well, because many people thought sanctions were in order in 2015 when Kara Goucher and Steve Magness first went public with allegations of rule-breaking at NOP in 2015 as part of the ProPublica-BBC report.

Read the piece at SaltyRunning.com.